The production of autoclaved aerated concrete in Slovenia began in 1977 in the small town of Kisovec in the Zasavje region, 50 kilometers east of Ljubljana. The production technology has steadily developed to new levels due to increasing demand – today, all focus at the Ytong plant is on continuously making production more energy-efficient and sustainable.

In Slovenia, the use of autoclaved aerated concrete, originally marketed under the name Siporex, has changed significantly over the years. At first, customers were wary of the new building material. As a lightweight material, it was mainly used for insulation, decoration and for minor renovation works. It was only after a few years later that AAC products became known as excellently suited as building materials for load-bearing components. The fact that Slovenia is an earthquake zone played a decisive role in this: Buildings constructed with AAC often survived major earthquakes unscathed, which led to ever increasing demand.

A continuous process of improvement 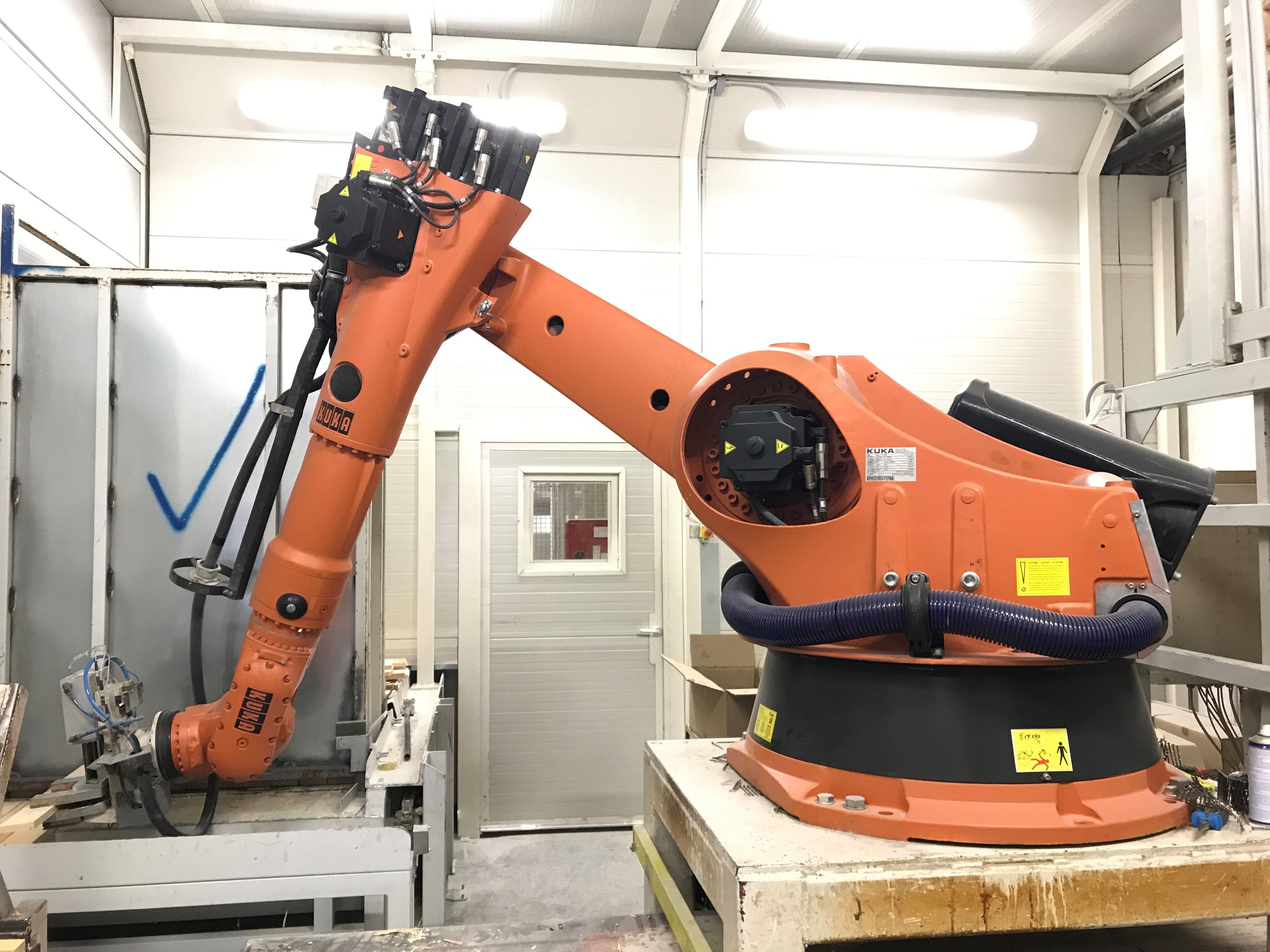 This trend has been met with the further development of production technology by adapting the recipes and modifying the block dimensions. Robots have also been used at the plant for some time, making for simpler production processes. The interest of construction clients in Xella products continues to grow steadily, which means that further capacity expansions may also be necessary in the future.

Over time, various measures have also been implemented for more sustainable and energy-efficient production. In addition to the introduction of an energy information system (EIS) for monitoring consumption and performance indicators and for the targeted recording of energy consumption, the plant is focusing on the digitalization and virtualization of production processes. The plant now has an intelligent energy management system, for which it received the Energy Efficiency Award for the most energy-efficient company in Slovenia in 2015.

In 2018, Xella Slovenia also received an Environmental Product Declaration (EPD) for its Ytong products based on its vision and guidelines. Analysis of the company's production process confirmed excellent energy efficiency with minimal environmental impact over the life of the product. The analysis was carried out by the Slovenian National Building and Civil Engineering Institute, which is authorized to verify and issue EPD declarations. In 2019, an environmental award for the most environmentally friendly production process followed. Not only has energy consumption been reduced, but the amount of fresh water taken from one source has also been halved through condensate recirculation. In addition, the amount of waste disposed of in construction waste landfills was reduced by grinding the waste and reusing the dust, which simultaneously reduced the consumption of quartz sand.

Even today there is still room for further development 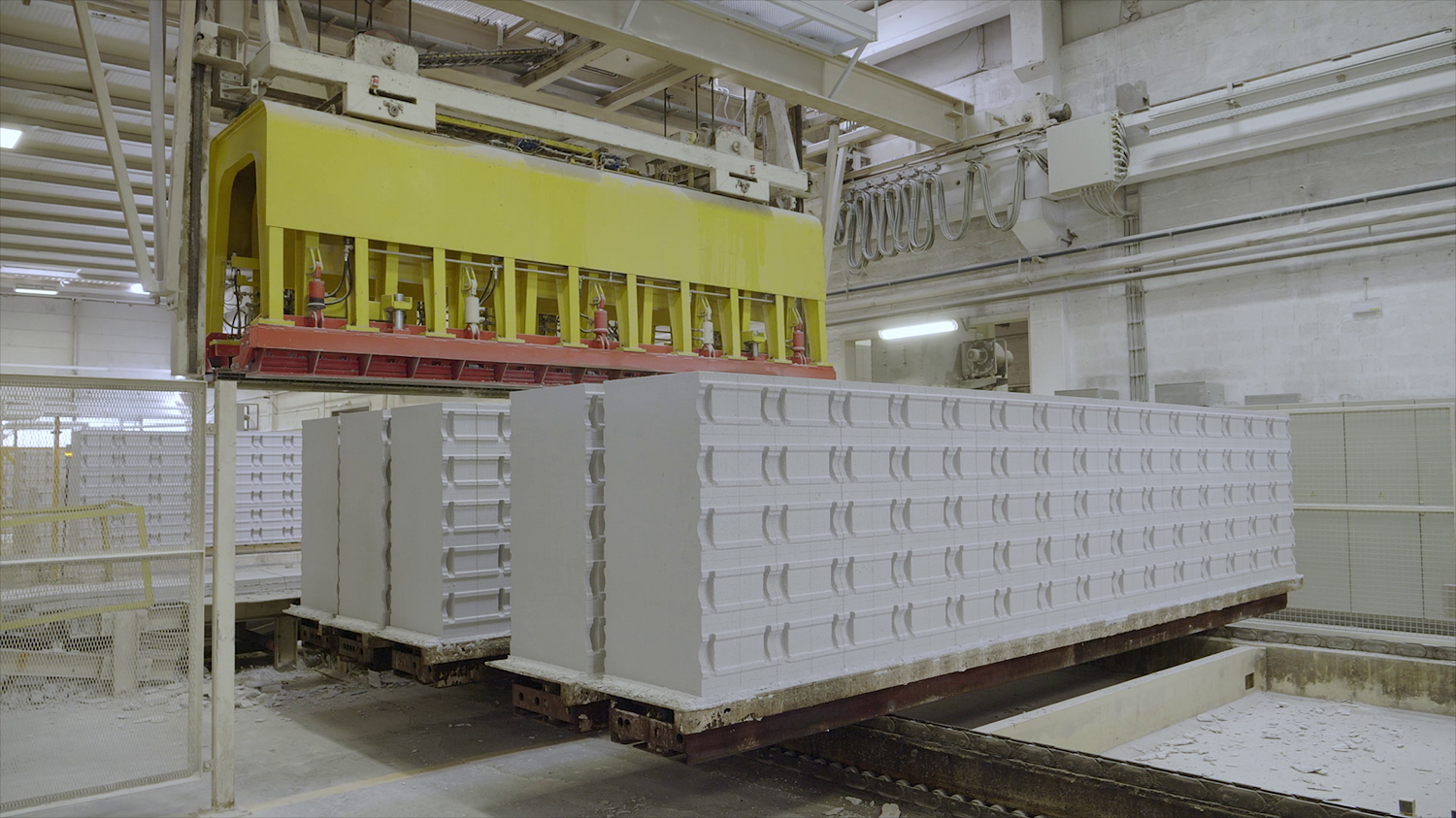 An expansion of the production of Ytong jumbo blocks is planned for 2021, which will bring numerous changes to the production process, both in terms of technology and machinery. In addition to a robot to produce wooden pallets, a new robot for drilling holes in Ytong Jumbo blocks is currently being developed. Just moving a Ytong Jumbo block through the last part of the production line is challenging, as the original technological process was not designed for products of this size. However, Xella Slovenia's decades of forward thinking in the fields of construction, energy, mechanical engineering, digitalization, production, and distribution will once again stand it in good stead for this challenge.