Sand – the quality is decisive

High-quality quartz sand is one of the most important raw materials for our products. The continued existence of our production is largely dependent on the quality and security of supply of the sand. To this end, samples from sand deposits are regularly tested.

Why is such extensive work with sand necessary? After all, one might think sand is a commodity that is available in abundance. But not all sand is the same. Decisive for its suitability as a raw material in autoclaved aerated concrete or CSU production is the original rock from which the sand was formed, as well as interfering substances such as clays, peats or coals that may be contained in it. Large accumulations of sand are formed because of geological processes that have lasted for hundreds, if not thousands, of years. Depending on the conditions in these sand deposits, the quality of the sand may also vary. Therefore, it is important to thoroughly test the composition of a sand deposit. 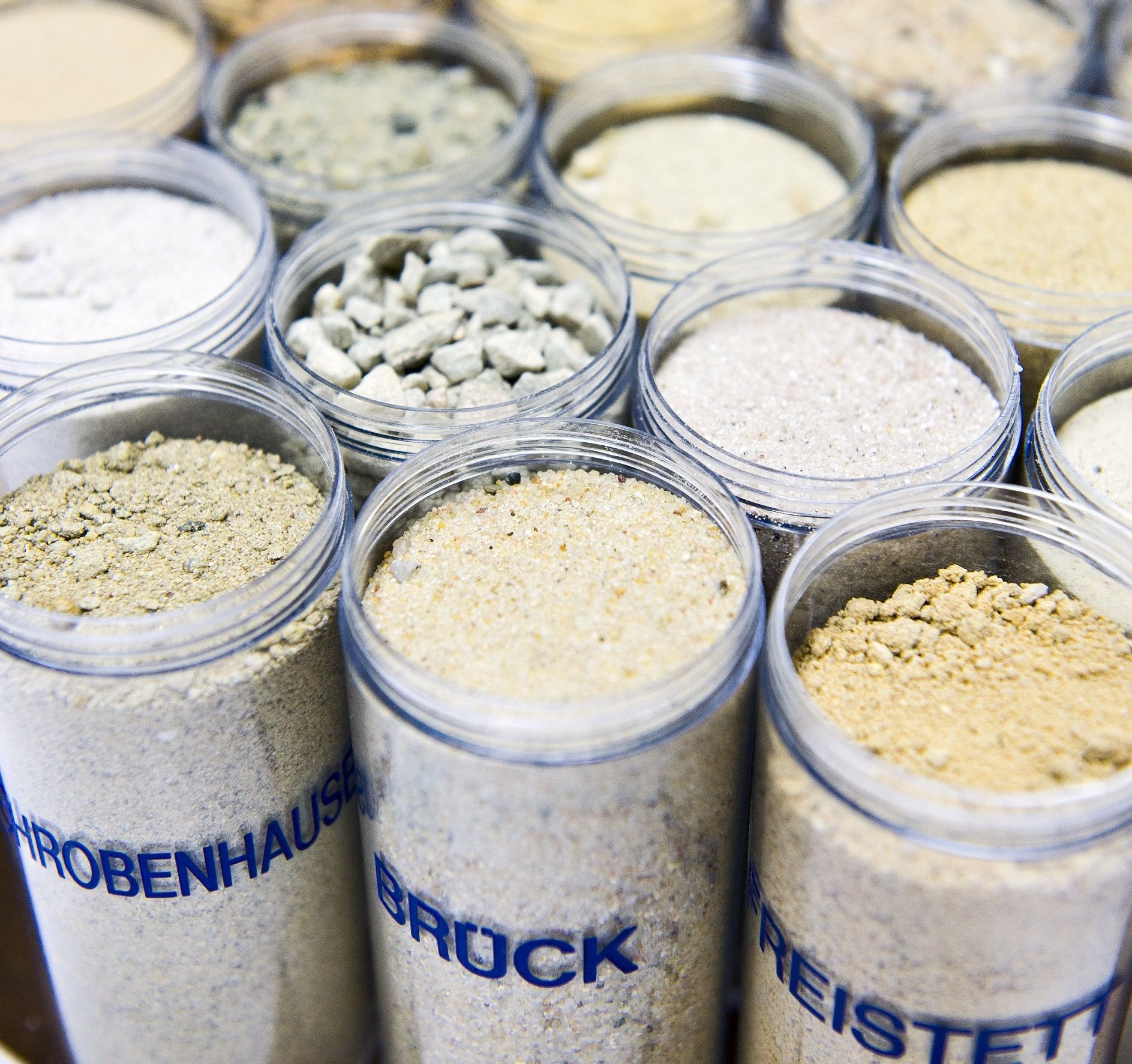 How is a sand deposit tested?

When assessing a sand deposit, a representative sample is taken. At the same time, it is necessary to identify the interfering substances occurring in the pit and to estimate their distribution. Therefore, samples are taken from many places in a sand pit, mixed and later analyzed as an average sample. This can last sometimes minutes and sometimes several hours per specimen. The sample should include every sand layer present in the pit. This poses a particular challenge in the testing process, because the sample should also contain the existing sand layers in the correct proportion. For example, if a deposit comprises 5,000,000 tons of sand, the sample taken of about 2 kilograms must reflect the composition of the pit as accurately as possible. In the laboratory, even just 2 grams or even less are examined at the end.

If a deposit is inhomogeneous, samples sometimes have to be taken and analyzed monthly, weekly or even daily. It is important that production receives information about the change in raw material quality before the sand is actually used. This is the only way to avoid production disruptions through recipe adjustments. If mining in a sand pit progresses, new, unknown deposit areas are opened up. Ideally, samples have already been examined here beforehand. 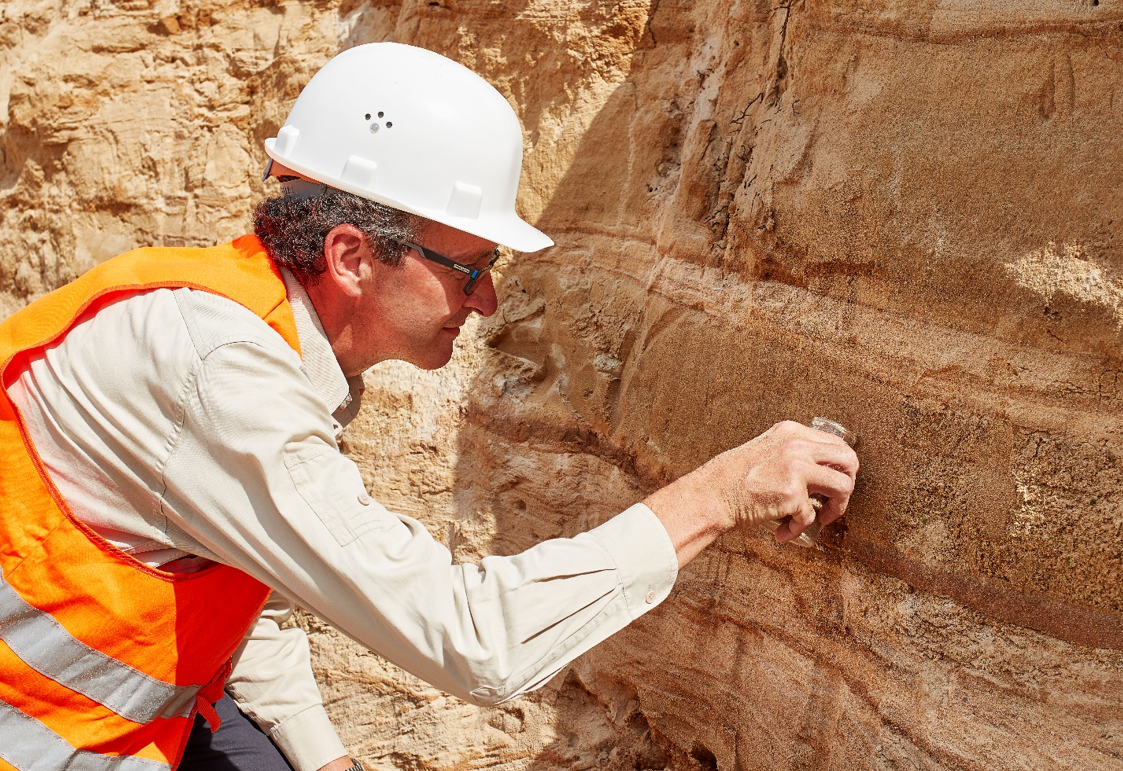 Dr. Hartmut Walther holds a degree in mineralogy, has been with Xella since 1997, and is responsible for sand deposits, environmental issues, and patents at Xella Technologie- und Forschungsgesellschaft mbH. In addition to sand layers and impurities, he also deals with the machinery used in the mining process and on-site processing plants when inspecting a pit. “Sand of uniform quality is very important in production because only then can the production recipe be adapted to it. Fluctuating sand properties are problematic; ideally, the quality should be constant for years. Sand is the main raw material for our Xella products, and its security of supply determines the continued existence of our plants,” says Dr. Walther in the interview.

Plan recultivation at an early stage

It is important to plan for quarrying with foresight, considering later recultivation even before the actual quarrying begins. Example: Already 20 years ago, Xella planted multi-row hedges with individual trees in the sand pit of the Loosdorf Ytong plant, which today provide a habitat for birds and small mammals, form a visual and dust barrier to the surrounding area and later serve as a starting point for the recolonization of the pit area in terms of nature conservation.

In recent years, more than 150 sand deposits in Europe, Asia, Africa, and Australia have already been inspected and evaluated. In order to ensure consistently high quality and maintain short transport distances, Xella T&F has started a very extensive project in recent weeks in which all sand deposits currently in use as well as pits of potential suppliers in the vicinity of the plant will be assessed. This is based on geological maps, satellite photos and literature research. Dr. Walther will enter and evaluate these deposits. “Alternative suppliers should provide equivalent quality, so data from suppliers not yet in use is also important. Knowing all the alternatives also makes it possible to realize the shortest possible transport distances and minimize failures.” The Xella T&F project is planned to run for about three years.